For many in the British world, the fact that slavery was abolished by Act of Parliament is seen as a moment of atonement - it was seen that way by the abolitionists themselves! - that erased the slave empire and reversed the polarity of British policy. My point is that it didn't. Slavery built capitalism; capitalism - with all that it does to workers and human relationships and geopolitics - survived the abolition of slavery. We can't imagine abolition as a moment when the slate was wiped clean.

Check out our full interview with Assistant Professor Scanlan regarding Slave Empire: How Slavery Built Modern Britain, a book that continues to garner attention, most recently from the New York Review of Books. 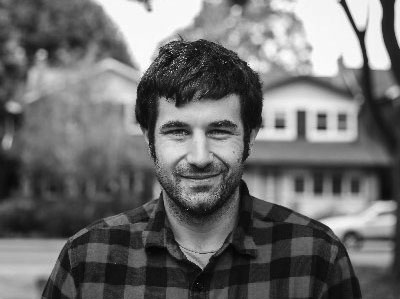 Can you talk about the process of writing a historical book for a general audience, and what makes this book particularly important today?

When you are writing a history book intended for the general public, editors and publishers love a title that suggests that your book will explain 'the modern world.' My book is called Slave Empire: How Slavery Built Modern Britain, but it's really a history of how, in the nineteenth century, the British antislavery movement inherited an empire in the Atlantic built on the brutal exploitation of enslaved labourers. The book combines original research with synthesis of lots of work in many fields of historical research to argue that the idea of 'civilisation' - the banner under which Britain became the ruler of the world's most powerful empire in the Victorian era - was itself, in part, a legacy of mass enslavement. There have been a lot of history books published, especially since the election of Donald Trump in 2016, that have gone looking for a 'usable past' of abolitionist heroes to be conscripted into a very specific contemporary political struggle. I argue that, at least in Britain, antislavery itself was imperial, and an engine of colonial domination. The abolition of slavery in the British empire did not abolish imperial power, or imperial racism. My aim with the book was to remind people that the antislavery movement benefitted materially from the legacies of slavery.

When dealing with historical research, one spends quite a lot of time reviewing countless documents and contemporaneous primary sources, ie: accounting books, census records, pamphlets, handbills, etc. Can you describe the most exciting primary source you discovered while researching the book and the value it added to the overall project?

For my first book, Freedom's Debtors (Yale, 2017), I went to archives around the world - in Nova Scotia, in Sierra Leone, in Chicago, in London, and elsewhere. Slave Empire is written less from manuscript archives than from the huge - and publicly available! - records that the British government collected in the era just before and just after the abolition of colonial slavery, in 1833. I can say that I've read nearly everything in those files - thousands and thousands of pages - and I've used the records to reconstruct the legislative history of the end of both the slave trade and colonial slavery in the British empire in a new way.

Western nations often think of themselves as uniquely progressive when compared to other nations. Can you talk a little bit about how we got here, despite our more complicated histories, ie: slavery, colonialism, the residential school system, etc. What kind of myth-building goes into creating the identity of a nation that, for example, once benefited from the exploitation of slave labour?

Slave Empire owes its most important intellectual debt to Eric Williams, the author of Capitalism & Slavery, a very influential Marxist history of British slavery and antislavery published in the 1940s (before Williams went on to serve as Prime Minister of Trinidad and Tobago!). Williams makes what I think is an obvious and trenchant case that antislavery in Britain - not the idea that slavery was morally wrong, but the political project of ending Britain's slave trade and of abolishing the institution of plantation slavery - was made possible when the material interests of British politicians changed. In the eighteenth century, when Caribbean sugar barons enjoyed a protected market in Britain, the slave trade and slavery seemed essential to imperial unity and prosperity. As industrial capitalism became the basic system of social relations in nineteenth century Britain, free trade and cheap, exploitative wage labour seemed like more effective means of controlling workers, and the empire.

Under those circumstances, powerful Britons signed on to antislavery. My point - and Williams' - is that the exploitation didn't change, the empire didn't change - the abolition of slavery was a tremendous achievement, but it did not empower formerly enslaved workers; in fact, it looked nothing like what enslaved rebels had fought for in the long history of rebellion in the Caribbean. For many in the British world, the fact that slavery was abolished by Act of Parliament is seen as a moment of atonement - it was seen that way by the abolitionists themselves! - that erased the slave empire and reversed the polarity of British policy. My point is that it didn't. Slavery built capitalism; capitalism - with all that it does to workers and human relationships and geopolitics - survived the abolition of slavery. We can't imagine abolition as a moment when the slate was wiped clean.

Western nations are experiencing a moment of reckoning, even accountability, regarding these complex histories. At the same time, we’ve begun to see new, vigorous attempts to stifle historical and political discourse around the intersection of race and society. How does your research into the rise and fall of slavery in Great Britain inform your analysis/understanding of other Western nations?

I think the question we need to ask is whether we want a society with a ruling elite that roughly represents the population - a diverse elite, in other words - or whether we want a society with just and universal social democracy. To me, the idea that movies or television or politics ought to 'look like society' is a laudable and important goal, but it is hollow if that representation is a cover for the brutal exploitation and immiseration of everyone else. To me, the basis of politics is the struggle over material interests and economic power, rather than the struggle for representation as such. To me, the history of antislavery in the British empire shows the ways that the powerful can wrap themselves in the mantle of a virtuous cause while continuing to preside over an unfair and exploitative economic order.  The transatlantic slave trade and plantation slavery in the Americas were profoundly evil and destructive historical events. The history of slavery is obviously a history of racism; but it is also a wider history of labour. In the nineteenth century, the early labour movement in Britain often routinely compared enslaved African labourers and free white wage labourers to gain support for white workers at the expense of Black workers, enslaved and free.

In what direction is your research/interests pointing you today? Is there a new book on the horizon?

I've started writing a new book, which should be out in either 2024 or 2025, called The Irish Question, about labour in Ireland before and after the Great Famine of 1845-1852. I'm interested in the Irish in part because Irish wage labourers - who often never saw any cash, but were paid in land, and paid their rent in labour! - were considered the lowest and most debased tranche of the working class in the nineteenth-century United Kingdom. And yet Ireland was fully politically integrated in the UK! Irish labour - and Irish starvation - open a window into the economic and political logic of the British empire as it neared the peak of its power.

Padraic X. Scanlan is an Assistant Professor at the Centre for Industrial Relations and Human Resources, cross-appointed to the Centre for Diaspora & Transnational Studies. He is also a Research Associate at the Center for History and Economics at Harvard University and the University of Cambridge.